by Anyaa M
in Attractions

Namwon, the South Korean city of love is all about beautiful places and some amazing things to do that you should not miss when traveling in South Korea!

Namwon is a tiny, peaceful town in North Jeolla Province’s Namwon, just 45 minutes from the province’s capital, Jeonju. It has several historical sites, significant cultural assets, and delectable food. It is also where hikers may reach Jirisan Mountain, which has spectacular views.

Even though you can see traces of modernity, you may still take in the fresh air and tranquil ambiance of a rural environment. The locals are laid-back and pleasant.

Namwon – The City of Love

Namwon is also famous for its romantic atmosphere. The city is often called the “City of Love” because of its many stories of love and romance. The most famous story is that of Chunhyang, a young woman who fell in love with a nobleman from Seoul. Despite their different social classes, the two lovers were determined to be together. Their story has been told in many books and films, and it remains one of Korea’s most famous tales of love. Today, Namwon continues to be a popular destination for couples and honeymooners. You can feel the city’s romantic atmosphere in its many cafes, parks, and restaurants. If you’re looking for a place to fall in love, Namwon is the place to be.

Top Things To Do in Namwon

So, what can you do in Namwon? Here are some top things to see and do in this beautiful city.

The Chunhyang Theme Park in the Namwon Tourist Complex in Namwon City, Jeollabuk-do Province, commemorates Chunhyang, a love story comparable to Romeo and Juliette. Chun-hyang and Mong-ryong have a secret love in the Joseon Dynasty, according to the story.

The Chunhyang theme park has five areas symbolizing the five distinct portions of the story:

There are a lot of trails to explore in Jirisan, which is a massive mountain in Korea. Consider the following routes if you want to climb Mount Cheonhwangbong (천황봉):

It is a historical site and sight. The Gwanghallu Garden is a traditional Korean garden with aesthetic features. It has numerous meanings, including the world’s philosophy. In addition, the garden is sometimes said to be based on Chunhyang’s love affair. 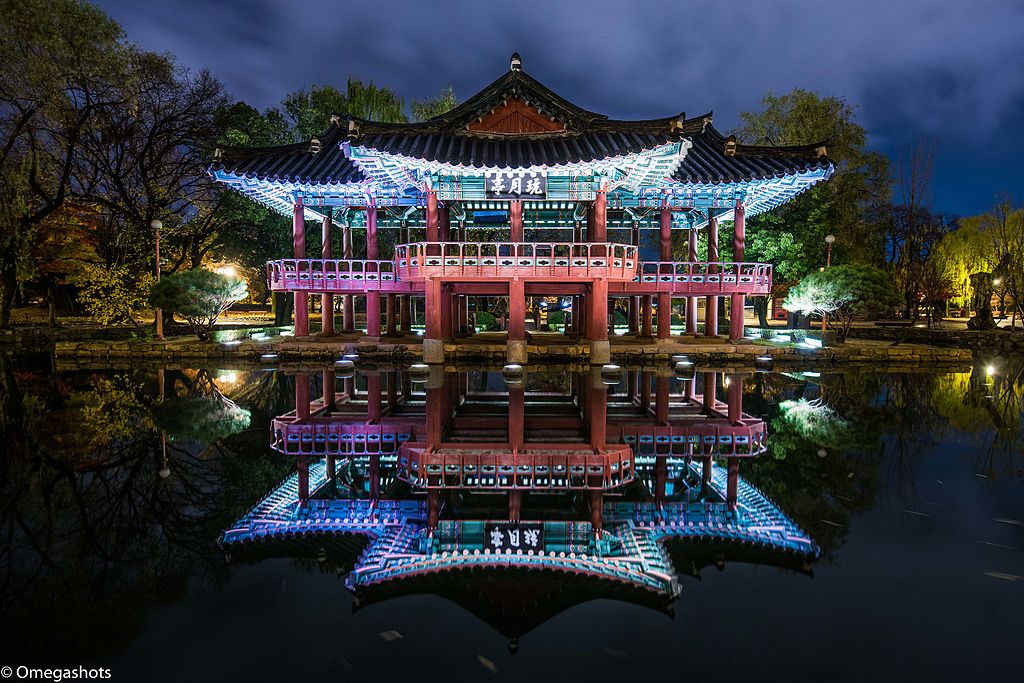 It’s a huge park for all things Chunhyang and Mongryong, representing the moment they first met. There is a little museum within that explains the tale. During the winter, try to visit this park. At this time of year, it’s lovely.

Among locals and tourists, this river is a well-developed leisure facility. You can see hiking and biking routes along the riverside.

The river is where you’ll feel the seasons of Namwon, particularly in autumn with its colorful foliage or spring with its cherry blossoms. While the halmonis and hanabeojis hang out in the sitting areas, food vendors usually appear in good weather.

Because it’s considered an epic, “honbul” is so important in Korean literature. It’s about three generations of Namwon Lee women living under Japanese rule and was written over 17 years by author Choi Myeong Hee. The literary home is a sort of museum to offer you a glimpse into Choi’s life and book writing.

Unfortunately, the museum’s actual books have not been translated into English and are only in Korean! The place, however, is worth a trip if you have a vehicle since it’s a little outside of town. Even better if you can go with someone who understands what’s happening.

Hike up to Deogeum Peak

The entrance to a small hiking path leading to Deogeum Peak (덕음봉) is located near the main tourist center in Namwon. You’ll get to a pavilion with a magnificent view of the surrounding countryside. The trail is only about a mile long, so it should only take around 30-40 minutes to complete, and there’s a tiny eatery (below) that serves as a nice halfway stop.

Go to the Chunhyang Festival

If you’re in Jeolla in May, why not attend this exciting festival? It celebrates everything about Chunhyang and has a random beauty contest one night.

The greatest thing to do in Namwon is to eat the mouthwatering cuisine available. Bibimbap, galbi tang, and bindaetteok are just a few of the Namwon specialties. Galbi tang is a beef soup, and Bibimbap is a rice dish with vegetables and meat. Bindaetteok is a mung bean pancake that is very popular.

Getting To Namwon City

Namwon, in the North Jeolla Province, lies about 3 hours from Seoul by bus. Find an express bus ticketing window or machine at Dong Seoul Bus Terminal.

From Incheon Airport, you may take a direct express bus to Namwon. The vehicle is accessible from the bus and taxi station on the ground floor (1st floor).

Namwon is a beautiful city that you should not miss when traveling in South Korea! It is rich in history and culture, and there are plenty of things to see and do. When planning your trip, allow enough time to explore all this fascinating city has to offer.

Discover the Undiscovered: A Guide to Stunning Sights of Mokpo

Get in Touch with Your Spiritual Side: An Unforgettable Tour of the Temples of Seoul

8 Kpop-Inspired Locations You Must Visit in South Korea

6 Places to See the Christmas Lights and Decor in Seoul

7 New K-dramas to Watch This August