All You Need To Know About Yeouido Hangang Park

by KoreaTravelPost Editor
in Attractions

This jaw-dropping park is located in Seoul, South Korea’s capital. The Yeouido Hangang Park is one of the most famed parks in all of South Korea that is situated right along the famous Han River, which cuts through Seoul’s center. The park is situated on the northernmost point of the 8.4 square kilometers (5.2 square miles) island of Yeouido. The hub of Seoul’s banking and finance is Yeouido. 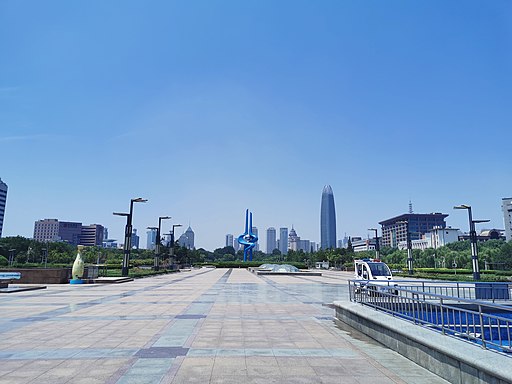 Between 1982 and 1986, Hangang Park was constructed as part of the government’s Hangang River Development Project. The project’s primary objective was to develop a green space that Seoul residents, Koreans, foreigners, and tourists could enjoy. This park has many sports facilities like soccer fields, skating parks, swimming pools, biking trails, and many more.

There are 12 parks that together makeup Hangang Park, and Yeouido Park is among those 12 parks which constitute this massive area.

What to see Near Yeouido Hangang Park?

This park hosts many events during specific seasons around the year; watching and participating in these events is memorable. The events include the Seoul International Fireworks Festival, the Hangang Spring Flower Festival, numerous performances, and marathon competitions.

Yeouido Hangang Park has beautiful views of the Han River, the nearby islands and bridges, and the Seoul cityscape. Bukhan Mountain is visible in the background from Yeouido Hangang Park. It is also attractively framed by the N Seoul Tower, which is one of the best views in the particular park. You may get views of Yeouido’s numerous skyscrapers, notably the golden 63 Square, from every point in the park.

The luscious greenery spread over the park gives the perfect spot for a picnic with your family and loved ones. The main drawback is that the grass is frequently yellow or brown, even in the summer, due to the large number of people walking over and across the lawns.

The I-SEOUL-U Sculpture is one of Yeouido Hangang Park’s most well-known attractions and one of the numerous prominent sculptures in Seoul, well-liked by photographers. There will be some other festivals or concerts that go on in the park during specific seasons, and it’s a daily event.

The River cruises are the fun part of this park and others, as well as the Bamdokkaebi Night Market. Every night market has a different theme. The Yeouido Hangang Park night market bills itself as a “global market,” offering products from all over the world against a backdrop of the Han River. The market, which opened in 2015, now hosts over 500 sellers across all of its locations and receives over 5 million people annually. Most vendors sell food, while many also sell homemade crafts.

The accessibility of Yeouido Hangang Park is yet another fantastic feature. Yeouinaru Station on Seoul Subway Line 5 is inside the park. This station makes it simple to get to the park anywhere in Seoul. You can reach the park in about 20 minutes from Seoul Station.

There are a few places around this park that are worth the visit. The Mubit Square also is a small park around Yeouido, the Lotteria Yeouido Quay, a fast food restaurant, and the Yeouido Saetgang Ecological Park.

Hello there! I'm the Features Editor for KoreaTravelPost.

Top Places and Attractions to Visit in Pohang

Best Places To See Around Haeundae in Busan

Lotte Mart: What To Buy From The Leading Hypermarket in South Korea